At Brian Jacobs Golf, we’re committed to putting the best instructors in front of our students. The relationships we develop are the most important part of what we do. To that end, we’ve brought together instructors that are highly respected within the industry, have an intense passion about the game of golf, and the drive to help our students succeed both on and off the course.

Our Instructors Make All the Difference 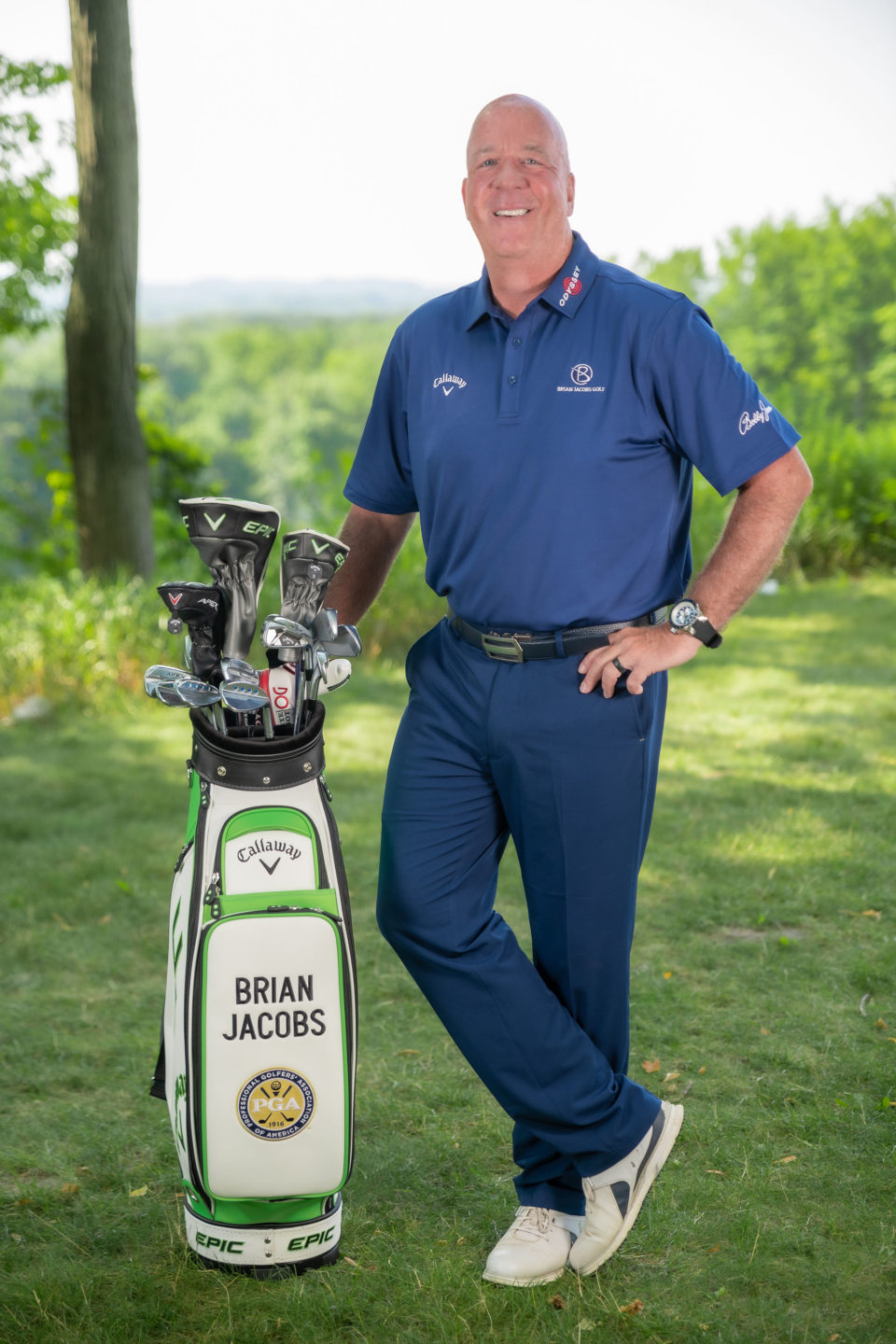 Over the last 20 years, Brian Jacobs has worked to empower golfers of all ages to find greater enjoyment from the game he loves so much. His dedication and passion for the game are infectious and have earned him Class A PGA credentials and recognition from the PGA Foundation for helping grow the game of golf. Brian possesses an MS Ed in addition to PGA Class A credentials and is a Lead Instructor for Golf Channel Academy. He is a frequent Coach of the Week for Golf Channel and got his training leading golf schools for ESPN Golf Schools. He has also been featured on CBS Sports for his work with veterans as part of the PGA HOPE program of Western New York.

Drawing from his unique experience as an accomplished player, caddie, PGA Professional, and golf instructor, Brian brings an invaluable “inside the ropes” perspective to his teaching. Whether you’re looking for swing instruction, short game help, course management skills, learning how to manage yourself within a round of golf or preparing your youth golfer to play the game at a high level, Brian has the expertise to help you succeed.

Daisy-May is originally from London, England. She is an avid golfer (handicap +2) which led her to the US on a full golf scholarship to The University of West Florida where she obtained her bachelor’s and master’s degree in Science. She became TPI Certified in 2016, and soon after founded Biomek Golf where she wanted to create a golf performance platform that everyone could access, anywhere, anytime. She is now based at Princes Golf Club in South East England where she is a PGA assistant professional. 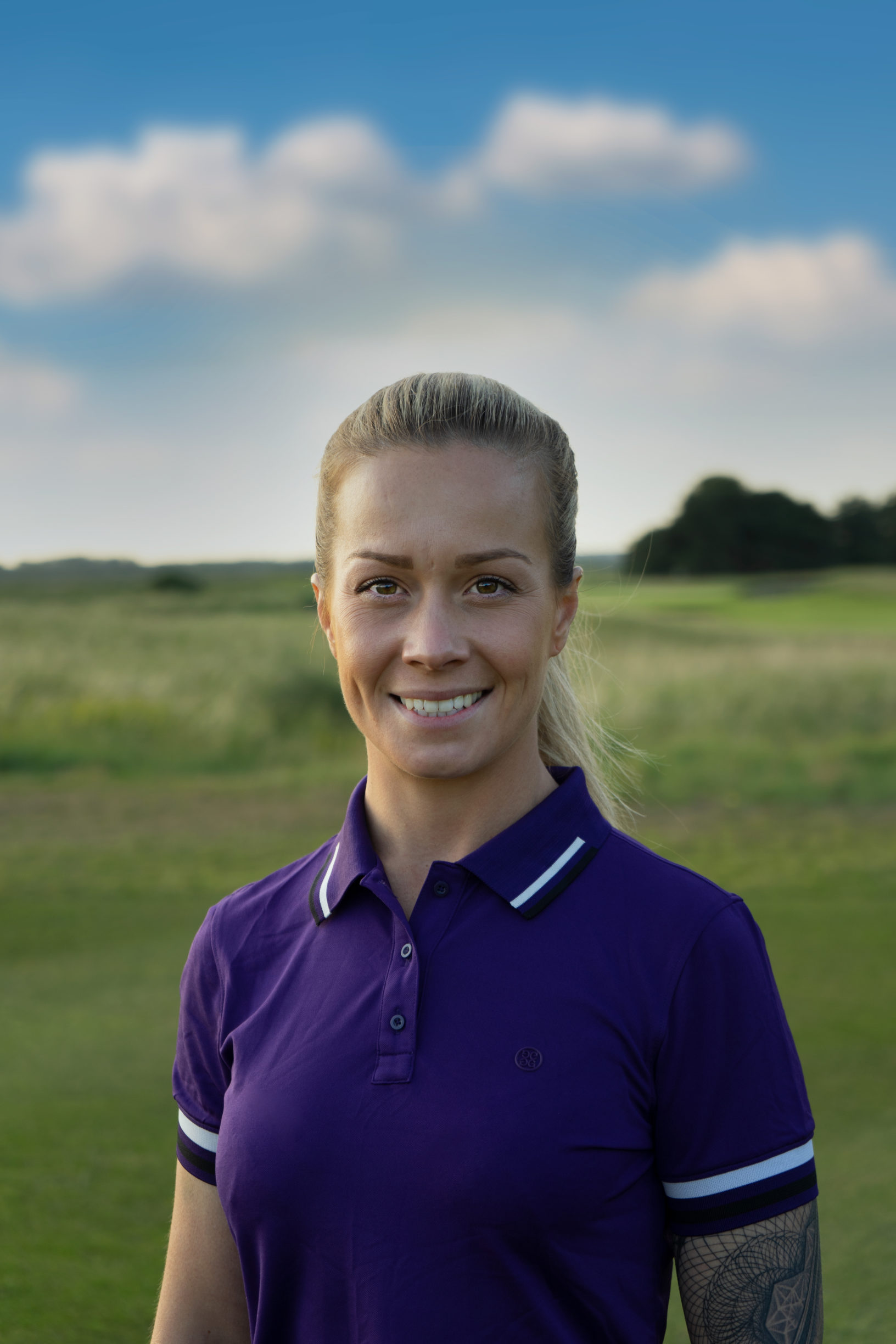 “We don’t need to work out every day or hit a thousand balls a day to improve our golf games. Our programs help with all aspects of the game in an efficient, orderly sequence. I look forward to sharing my experiences and teaching theories with all of you.”

Dr. Stephen P. Gonzalez is an expert in mental training with over a decade of experience and is a consultant to Brian Jacobs Golf since 2017. Dr. Gonzalez is currently the Assistant Athletics Director for Leadership and Mental Performance at Dartmouth College in their Peak Performance Program where he oversees broad implementation of mental skills training and leadership development to 30 NCAA Division I Ivy League teams. Prior to his hiring at Dartmouth, Dr. Gonzalez was an Assistant Professor of Sport Psychology at the College at Brockport, and a consultant to organizations and teams in the Rochester, NY area. For the last decade, Dr. Gonzalez has worked with the U.S. Army, U.S. Air Force, professional athletes, Olympic Trials athletes, collegiate athletes, high school athletes, performing artists, and weekend warriors with the ultimate goal of high performances and personal development. Dr. Gonzalez has extensive experience working with golfers to develop a mindset for high performance and is available to all Brian Jacobs students of any age and level remotely via video consultations and occasionally in-person. From working through confidence issues to developing better practice and competition strategies, Dr. Gonzalez takes a personalized approach to all students to meet their needs and design specific programming to help them enjoy the game and perform at a high level. 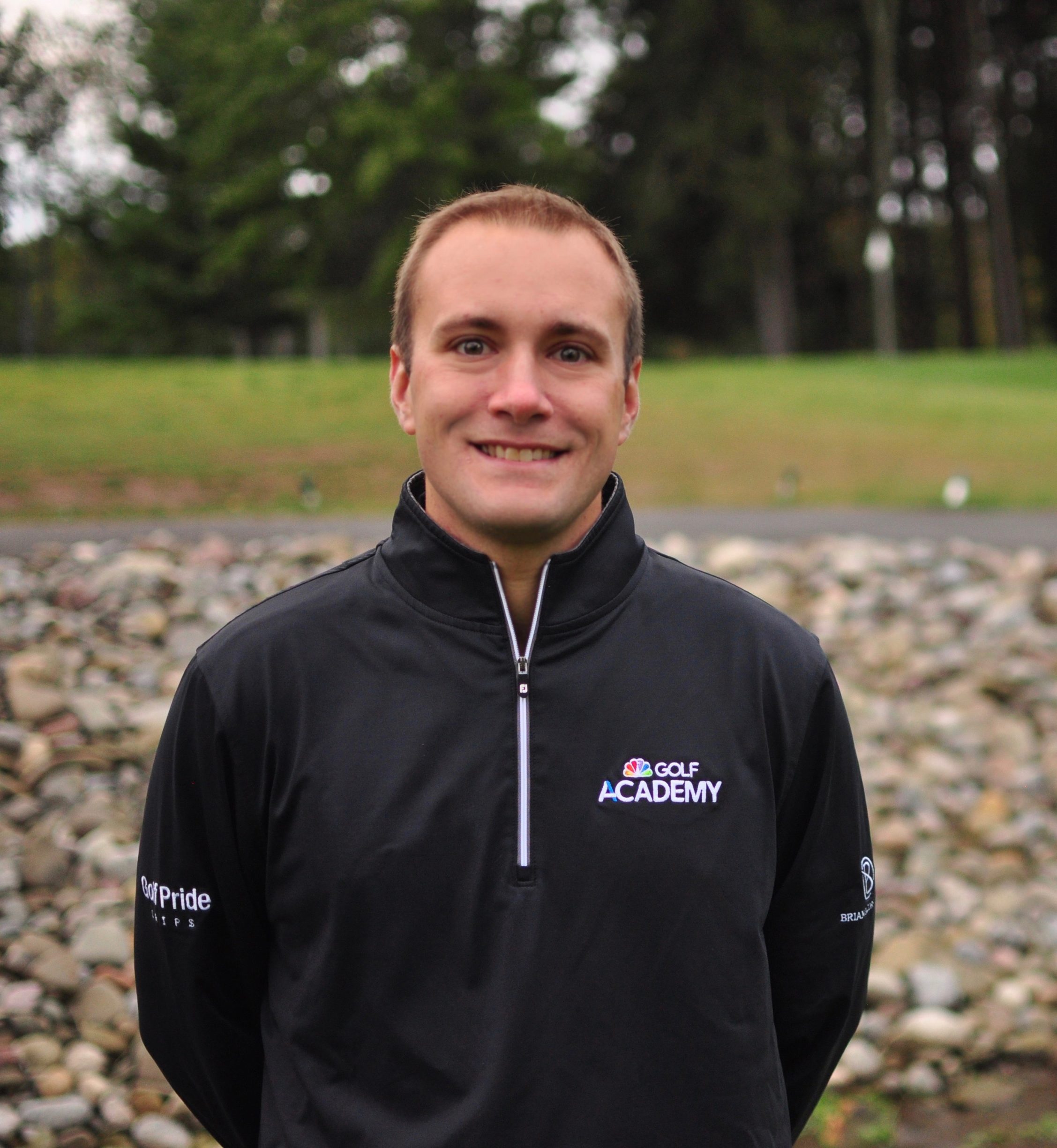 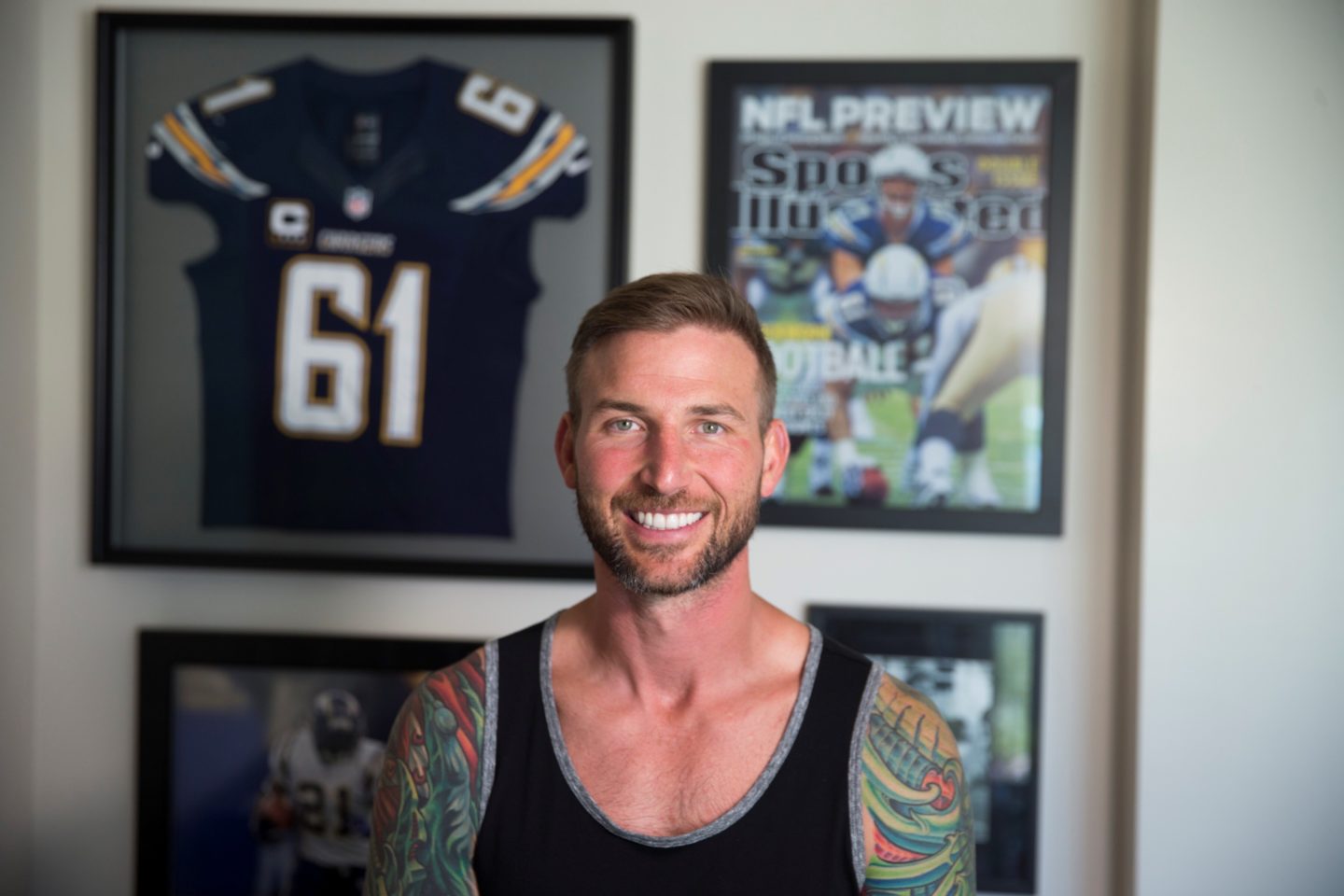 Nick Hardwick is a former Pro Bowl Center for the San Diego Chargers. In 2014, after 11 seasons and over 146 starts in the NFL, Nick decided to move on from the game that he loved, due to a failing neck and future health concerns. Upon retirement, Hardwick immediately shed 85 pounds from his former 300 pound Offensive Lineman body, in an attempt to minimize any further damage to his joints, which took a pounding amidst the nearly 30,000 hits sustained between his NFL and collegiate career at Purdue. And as everyone who has followed the news for the past decade has seen, brain health for former football players is of paramount importance.

Citing that fact that “exercise is the only scientifically proven way to stave off neurocognitive decline”, Nick has made it a point to keep the excess body weight off, saving his joints, which will then allow him to routinely exercise, pumping fresh blood and oxygen to his brain.

Nick is passionate about showing others how simple, yet effective, daily habits can lead to long-term positive health outcomes. In 2018, Nick started a pharmaceutical-grade supplement line Hardwick.Life to provide his family and followers a way to take charge of their health. The products in the lineup are products that Nick and his family use every day to feel and perform their best.

Recently, Nick has launched his Lose Like a Lineman program to help those who may need to lose weight. This is the exact fitness and nutrition program Nick used to lose 85 lbs in under 5 months upon his retirement.

All Brian Jacobs Golf members will receive 30% off of all products by using the CODE BJG30.

After completing a Master’s Degree in Exercise Science from the University of Central Missouri in 2013 she moved back to Rochester where she began working with athletes as well as general fitness clientele at Next Level Strength and Conditioning.  Over the years she expanded her background and service offerings to help her athletes and clients with all aspects of their health from strength training. soft tissue and manual therapy, to nutrition.  Heather works with various sports teams as the head of S&C at SUNY Brockport, and also works with many professional bowlers from both the PBA and PWBA tours.

To contact Heather for massage bookings, nutrition coaching, or private training you can email her at BowlFit@gmail.com 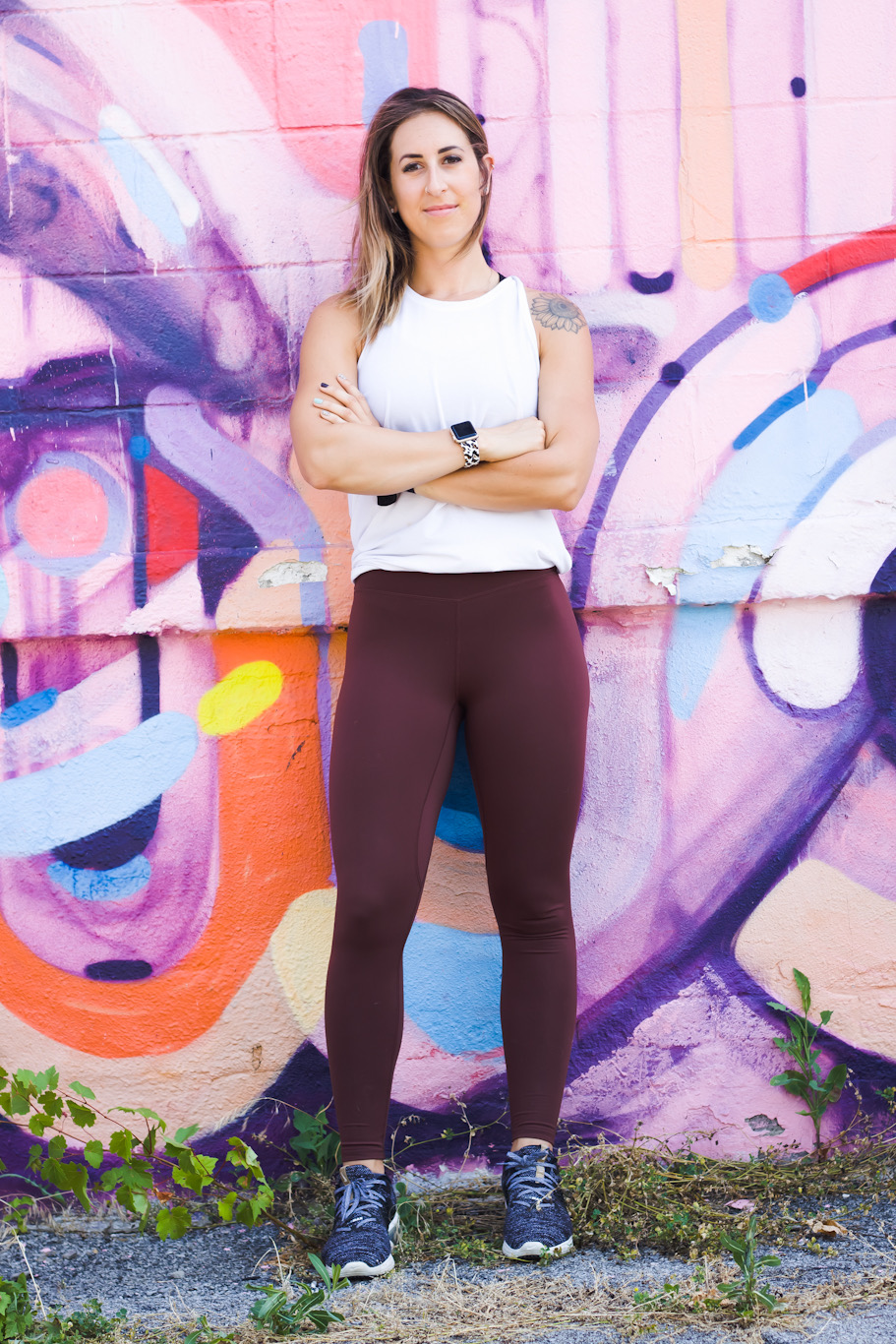 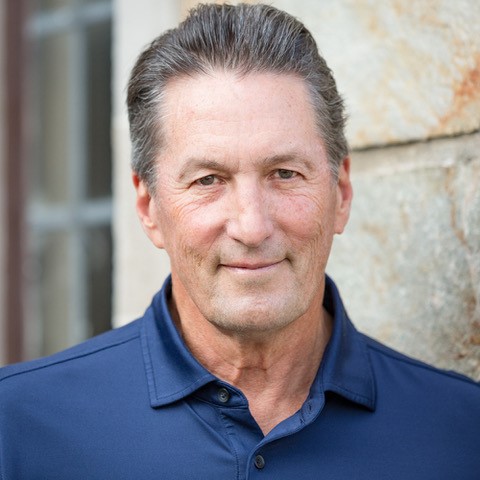 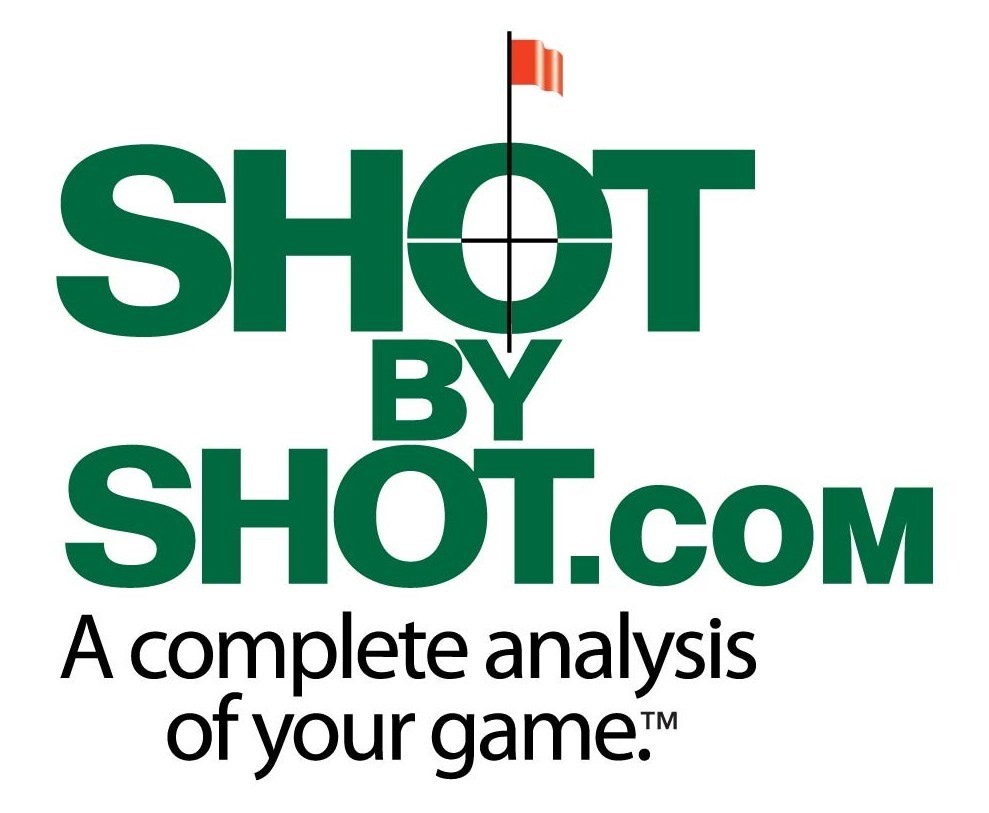 After a successful career in the insurance industry, Sanders used his analytical skills to develop Shot By Shot in 1989.  As an avid golfer, he had become frustrated with the flaws in traditional, one-dimensional golf stats.  He used his computer modeling experience to create what is now called Strokes Gained analysis (see History of Strokes Gained on the website).

Originally a paper, scorecard-based, mail-in program, in 2006 the company’s website, ShotByShot.com, was launched.  It provides interactive, Strokes Gained analysis for individual golfers as well as over 160 instructors and coaches that use the program to build and monitor their player groups.  The program provides analysis with answers, supported by more than 450,000 rounds of unique comparative data.

Peter has written, or contributed to, over 80 articles in major golf publications including Golf Digest, Golf Magazine, Golf for Women and GolfWRX.com. His July 2016 GolfWRX.com article revealing the difference between the average Tour player and the Scratch golfer garnered over 433,000 views.

Peter also works with PGA Tour players and their coaches to interpret the often confusing ShotLink data.  Zach Johnson has been a client for ten years.  More recently, Peter has teamed up with Smylie Kaufman, Lucas Glover, Zack Sucher, Sepp Straka, Dylan Frittelli and Michael Thompson to help them and their coaches guide their performance analysis and improvement efforts.

In 2014, Peter became a technical consultant to Arccos Golf, developer of the groundbreaking, game tracking and analysis system using GPS sensors that attach to the users’ golf clubs.  His role was to implement Strokes Gained analysis into the Arccos feedback.

Most recently, Peter has entered into a licensing agreement with SwingU, a successful GPS rangefinder & scorecard app.  The agreement will provide ShotByShot’s unique Strokes Gained analysis to SwingU’s Premium users.

Derek Hagen is a Doctor of Physical Therapyand Titleist Performance Institute certified professional. He is passionate about orthopedics, biomechanics, and helping people feel better, move better, and perform better. He has been practicing for over 13 years and has developed a business and practice model that optimizes his time with his patients in order to get the quality results in an efficient manner. He loves being able to restore, optimize, and enhance the musculoskeletal system in order to produce an efficient, consistent, and powerful golf swing! 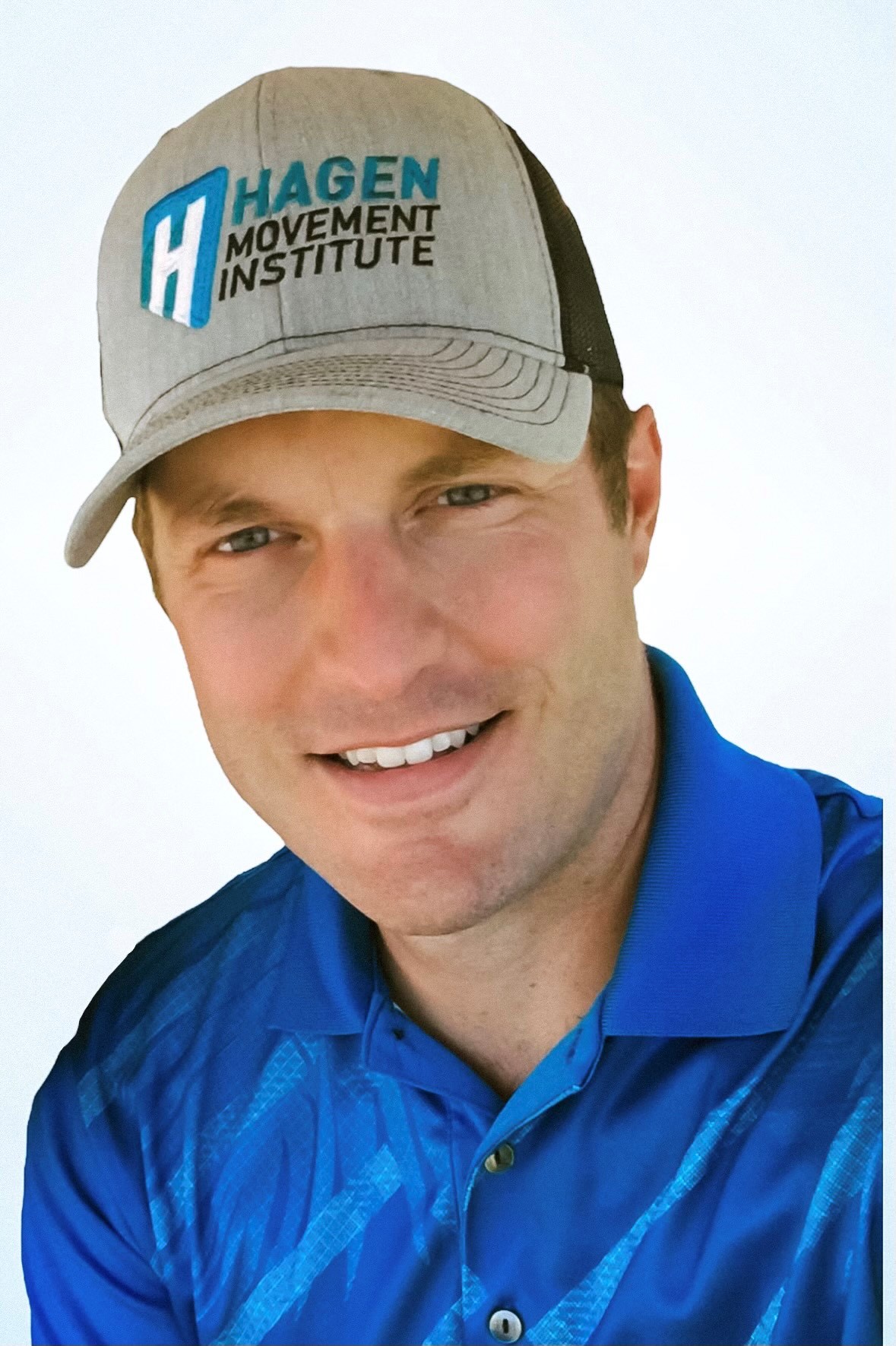 “Golf is a game you can enjoy for the rest of your life. It also teaches kids sportsmanship and values that last a lifetime. To be a part of that, and to watch them develop as athletes and as people, is something I find very gratifying.”